If you are into the tech business, you’d understand the rivalry between Samsung and Apple. It is fair to say that the customers of both companies are quite huge in number and there is this healthy camaraderie as well between the two groups of people.

As far as the latest news is concerned, the Apple iPad Air 5 has been launched and it’s a perfect rival against some of Samsung’s flagship tablets such as the Galaxy Tab S8. The difference between the mid-tier tablets from both giants is not humungous, however; a bit of innovation can do the magic.

The iPad Air 5 has included the Apple M1 chip and optional 5G. These features were not available in the iPad Pro line. On the other hand, the Galaxy Tab S8 has included a Snapdragon 8 Gen 1 chip and there is a pretty low-latency S Pen in the package as well.

There are features and loopholes on both sides but if you were to take our humble opinion, we believe that only a detailed review of either products will help you make a decision. Let’s join in to discuss the two best tablets available in 2022.

If we start this section with the iPad Air 5 then it basically costs you around $599 with 64 GB storage. If you look to upgrade it to 256 GB, the price goes up to $749. Furthermore, adding a 5G cellular radio to either model will take the price up by almost $130.

On the other side, the Galaxy Tab S8 too has a heavy price-tag. Unlike its predecessor, this model comes at $699 for the 128 GB model. Spending another $80 can help you double your storage. There is a cellular model of Galaxy Tab S8 coming soon according to the company, however; we have seen no signs so far.

If you talk about the S Pen, it’s included in the package and on the other side, the Apple Pencil for your iPad Air 5 will cost you around $130 extra. A lot of people don’t like the stylus with their tablets and that’s totally cool.

As of now, we believe that most of our customers will pick the Apple iPad Air 5 because of better value. However, a portion of critics also believe that Apple should include a bit affordable storage upgrade option because 64 GB can disappear in a jiffy. For this reason, the Samsung Galaxy Tab S8 with 128 GB storage and S Pen included for just under $700 also seems like a fair deal. 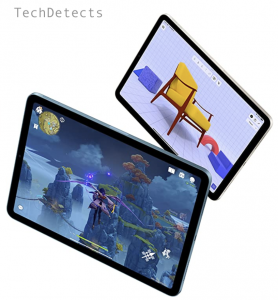 I am afraid we don’t have to talk much about the overall design of these two best tablets in 2022. It is because, the two almost virtually unchanged from the design of their predecessors. However, the overall looks are still quite impressive as they come with an aluminium finish and are very comfortable to use.

The design of the Apple iPad Air 5 is a hard-edged and the bezels are a bit larger than needed. There is a USB-C port on the side of the tablet along with a power button and the volume control buttons also exist there.

The Galaxy Tab S8 comes with a different and a bit rounder rectangular frame. There is a magnetic charging dock for the S Pen on a very lightning and glossy area on the back of the tablet.

There are rear cameras underneath and it’s extremely close to the iPad Air in terms of the positions of its buttons and ports around its case. There is a slight loophole in both of these tablets as far as their overall design is concerned.

The users of these tablets will have to rely on a fingerprint sensor in the power button for a biometric login. We believe that facial recognition feature is more ideal for a tablet and it is absent in both of these products.

If we talk about the overall weight of these two products, the Galaxy Tab S8 seems to be a bit heavier and larger than the Apple iPad Air. The Tab S8 weighs around 1.1 pounds and the iPad Air 5 is close to 1 pound. Overall, we don’t think there is a winner as far as the design is concerned. 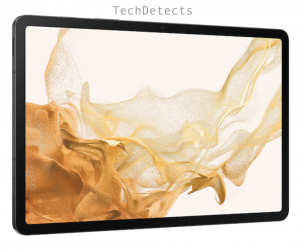 There is no ProMotion or Mini-LED in the iPad and the Galaxy Tab S8 lacks an AMOLED display. Nonetheless, we were quite happy to witness the results of their displays.

As far as the natural color setting is concerned, the iPad Air 5 beats the Tab S8 as it manages to reproduce almost 80% of the DCI-P3 color spectrum. However, the Galaxy S8 also comes with a weapon as it allows you to access the vivid color setting that boosts the image to at least 110%.

The iPad Air 5 comes with 485 nits of brightness compared to Samsung’s 463 and this is a small area where the S8 Tab lacks behind. At the same time, both devices are good enough to hold up well. This portion surely belongs to the Galaxy Tab S8 because of its 120 Hz refresh rate and richer color spectrum with perfect color precision. 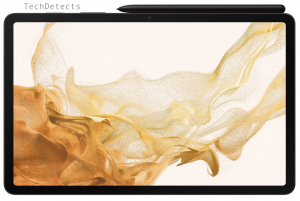 The Galaxy Tab S8 has got the S Pen that comes with reduced latency. The stylus will bring an amazing digital experience. The Apple Pencil also gives you a different a lag-free experience.

However, you need to buy it separately for at least $130. There is a keyboard and cover for the Galaxy Tab S8 that protects the gadget and gives you a compact writing experience. The same magic keyboard that was used by the predecessor of the Air 5 is used in the Apple iPad Air 5.

The iPad Air 5 is operated by the newest Apple’s M1-chip and these are basically the same chips that are used in MacBook Air and MacBook Pro 13-inch. It brings along and 8-core CPU and 8-core GPU along with Apple’s Neural Engine technology.

This product is incredibly rapid and the performance will absolutely kill it. Sometimes it works really faster for tablets.

The performance of the Galaxy Tab S8 can be measured for the fact that it uses the new Qualcomm Snapdragon 8 Gen 1 chip with 8 GB of RAM. Do you think it can compete with the iPad Air 5? We don’t think so.

Yes, there is a huge possibility of Samsung Tab S8 performing really well. However, the face-off in this section is just not matching.

The two gadgets are quite good but the performance of the iPad Air is definitely way better and faster. The Apple iPad Air 5 converts a 4k video to 1080p through the Adobe Premier Pro in less than 24 seconds. At the same time, the Tab S8 took almost 50 seconds in the Rush test. 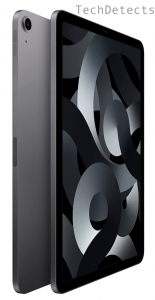 The users of Apple iPads seem happy with a battery life of close to 10 hours. Perhaps for these reasons, the authorities have decided to give almost the same amount of battery life to the Air 5 as well.

In this race, the Samsung Galaxy Tab S8 is a little ahead. You’d get close to 13 hours of battery life in the Tab S8 and its adaptive 120 Hz refresh rate is another massive winner.

While some people may not consider it a huge advantage, we believe that a difference of close to three hours is quite heavy. Samsung is the winner for us as far as the battery life is concerned. 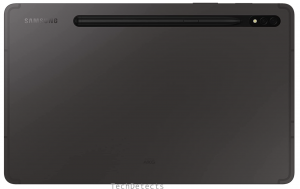 Well, who doesn’t want to have a nice camera on their device? In tablets, front-facing cameras are considered more important because they are used for video-calling and sharing photos on Instagram etc.

The iPad Air 5 packs a nice 12 MP front-facing camera that comes with some key features such as keeping you centered during a video call. The images produced by this camera are quite colorful and sharp. In low light conditions, this camera is going to do really well.

As far as the Galaxy Tab S8 is concerned, it comes with the same 12 MP front-facing camera and it has an auto-framing feature as well. It’s useless to talk about Samsung’s picture quality. It’s awesome.

If we talk about back cameras, the Galaxy S8 finds itself in a better position with a 13 MP wide-angle and 6 MP ultra-wide lens. The iPad Air 5 uses a 12 MP wide-angle camera, however; it doesn’t come with the ultra-wide mode. In this regard, the Tab S8 is ahead of the iPad Air 5.

Apple iPad Air 5 vs. Galaxy Tab S8: Which should you buy?

This is perhaps the most difficult part of this article for us. The battle between these two was fought bravely. The iPad Air 5 has bested the Samsung Galaxy Tab S8 in basically, two categories. However, the Galaxy S8 Tab has claimed victory in three categories. The total number of victories does not reveal the entire story.

You need to look into the details and delicate intricacies to understand the dynamics of this game. You only need to think about your requirements. If the Galaxy S8 Tab is fulfilling your requirements then there is no need to spend extra bucks on the iPad Air 5.

If the story is opposite, you need to go for the iPad Air 5 without any hesitance. That’s all from here. See you soon in our next analytical piece. Write it down in the comments below if you have any queries. We shall try and answer them as soon as possible. Until then, see you around.

Google to Stop Registration from old Android Device From September 27, 2022