The iPad Air is already in its 5th generation and is close to entering the iPad Pro club. Besides its clinical design, the internal components are also catching up. So today, we’re basically going to have a little bit of a comparison between the 2022 iPad Air (5th generation) and the iPad Pro 11-inch (3rd generation). 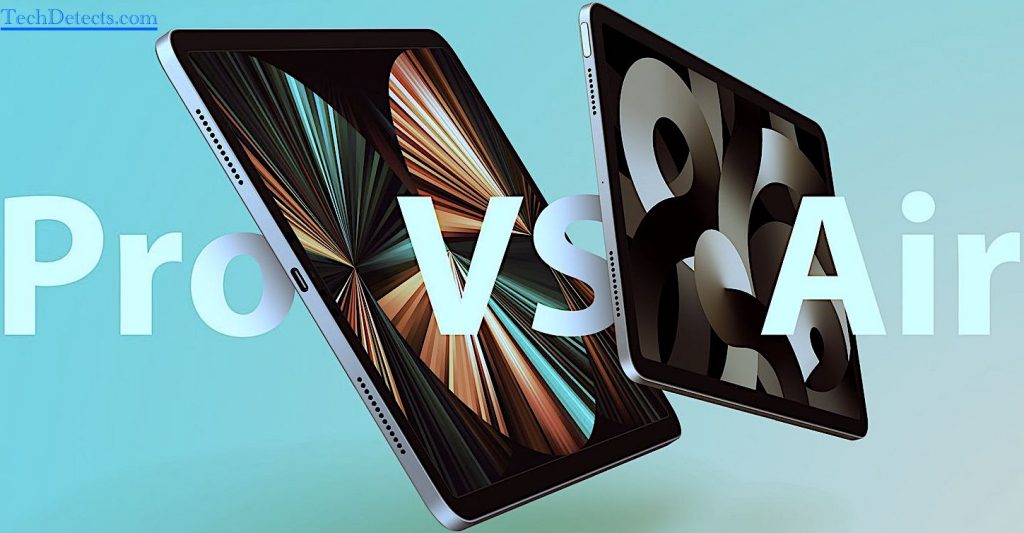 If we talk about the overall design, the new Apple iPad Air (5th generation) is coming with almost the same design as its predecessors. However, there are a few new colors introduced as well. You’d get nice aluminum build uniformed bezels that are surrounding the slim display. There is an integrated Touch-ID as well.

If we talk about the available colors, the iPad Air is available in Space Grey, Starlight, Pink, Purple and Blue. The size is also pretty much as the same as the iPad Pro 11-inch model. While the edges of the device are completely squared off, you’d also find a single camera lens in the top right of the rear.

The iPad Pro 12.9-inch is also coming with the same design as the iPad Pro 11-inch model. The measurements are a bit different and they both come with aluminum build as well. The Face-ID is available at the top of the display. Also, the iPad Pro packs a dual-camera system on the rear within a square housing in the top left corner of the device.

If we take a look at the color options for the iPad Pro models then they’re offering space grey and silver. The options are obviously fewer than the iPad Air. However, it also depends on what you’re looking for.

Displays are quite important, aren’t they? Well, the Apple iPad Air (2022) is coming with a 10.9-inch Liquid Retina Display that also packs a nice 2360×1640 pixels of resolution. The pixel density is around 264 PPI and the maximum brightness level of this gadget is 500 nits. In all honesty, the display is quite similar to the iPad Pro 11 (2021).

The iPad Pro 11 is certainly coming with a larger display at 11-inches and it is also a Liquid Retina screen. Compared to the iPad Air, the resolution is slightly better at 2388 x 1668 pixels. However, the pixel density is the same at 264 PPI.

The Apple iPad Pro 12.9 (2021) is offering a huge 12.9-inch Liquid Retina XDR display, which is the largest and brightest of all three iPads. Besides all this, all three models come with an anti-reflective coating and P3 wide color display. There is True Tone technology and a fully composite display as well.

It is also important to mention that the iPad Pro models come with Apple’s ProMotion technology and offers a 120Hz variable refresh rate. However, the iPad Air doesn’t have this luxury.

These above-mentioned devices are also offering an 8-core CPU and 8-core GPU, whilst the iPad Pro models are offering a choice of 8 GB or 16 GB of RAM. The iPad Air is only offering 8 GB of RAM.

If we talk about cameras then the Apple iPad Air (2022) is coming with a single 12-megapixel wide camera on the rear with an f/1.8 aperture. There is a smart HDR 3 for photos and also offers a 5X digital zoom.

If we talk about front cameras then the iPad Air (2022) is offering a 12-megapixel ultra-wide camera with an f/2.4 aperture. Features like Smart HDR 3 for photos and Center Stage are also available with an extended energetic range for video up to 30 frames per second (fps).

On the front, the iPad Pro 12.9 and the iPad Pro 11 are coming with a 12-megapixel True-Depth camera and ultra-wide camera. There is an f/2.4 aperture with 2x optical zoom out and a number of features such as Center Stage, Portrait mode and Portrait lightning. 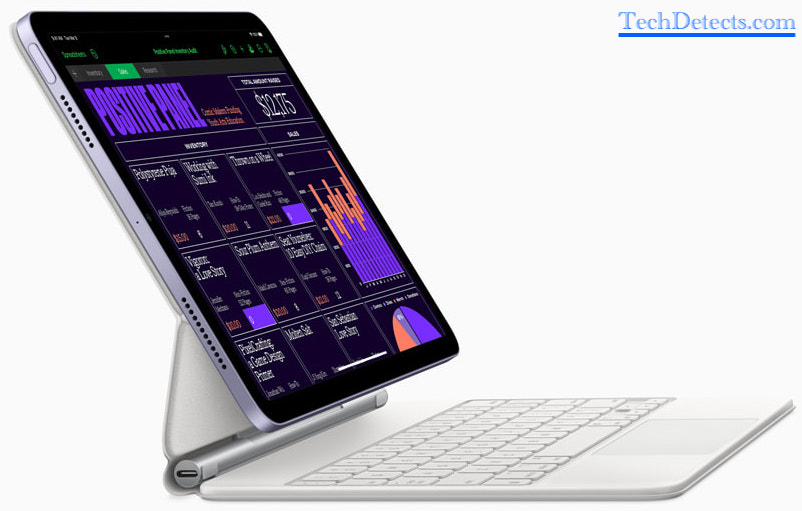 As far as the conclusion is concerned, we believe that it depends on one’s personal preferences. For example, the Apple iPad Air (2022) is now offering the same design as its predecessor. However, certain changes in its hardware have brought it closer to stand in the line of iPad Pro models.

The iPad Pro models are offering a few extra features such as Face ID over Touch ID, a choice of RAM and thunderbolt 4. The storage options are many and camera features are also quite heavy.

The iPad Air is running on the same powerful processor, however; there are features such as the Center Stage and 5G that runs the same software as well – iPadOS – as the iPad Pro models, which means you will enjoy a similar user experience.

There is a huge difference in the price of these two models and some people believe that the iPad Pro models are worth the expensive price tag. However, we believe that the Apple iPad Air has also raised its game to a whole new level.

Google to Stop Registration from old Android Device From September 27, 2022