Recently, the Apple released the Apple Watch Series 5, which is regarded as the most modest year-over-year upgrade for the ongoing Apple Watch series.

With always-on display on their side released in this product, Apple doesn’t need to make significant technological changes in its smart-watch offering. They’re of course already far ahead of any other brand. And perhaps, they can lead to destroy the Wear OS if they want to.

If it happens, which is, if Apple makes their Watch series compatible with Android, then it could lead to best smart-watch experience for Android phones.

However, it is already the most impressive, and useful product you can take on your wrist. Besides this, the Android users would be having a problem with it. Because outside of the hacky methods with the help of LTE model, this product is only compatible with the iPhone.

The Android users are only restricted to Samsung’s Tizen-running watches, which is perhaps the best available product and the best alternative for the Apple watches. The Android users can also have access to countless wear OS options from Fossil Group, Mobvoi and others. 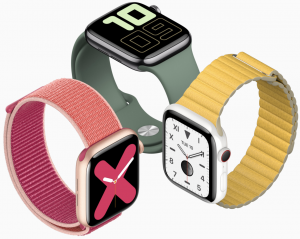 The other products like Fitbit has 10% of the market rate whereas all other brands share around 28% of the market share. Wear OS is just a piece of that slice.

It is important to note that Fossil is the only and the biggest makers of Wear OS devices. Fossil’s is struggling with numbers but still they are the biggest manufacturers of the Wear OS watches.

This is happening at a time where Apple Watches continue to grow in the market with extreme dominancy. The strategic analysis say that Apple is just growing to being a full half of the market rate. Which simply means that Apple Watch is taking over the entire game.

Apparently, if Apple is adding support for Android phones to the Apple watch, the trajectory is quite clear because if major changes aren’t happening then Google’s smart-watch or OS have a very very little chance.

Fossil’s market might be dropping year by year but they have certainly grown in the North America in 2019. Nobody is sure about the rest of the Wear OS ecosystem is doing. Maybe the unit sales are on the upwards for some of these small fish but that’s not necessarily enough to keep Wear OS in the game.

The Circle of Interdependency

From silicon to external designs, and from other hardware innovations, the Apple Watch has gained control over all these things from top to bottom. However, Google on the other hand has recreated the original Android model with the help of Wear OS. There’s absolutely nothing wrong in that but the dependency on network effects doesn’t seem to be helping the cause of Wear OS.

There’s another angle in this game where the Google continues to be the dependent unit for Fashion brands and hardware makers for building out Wear OS. Google has the dependency on QUALCOMM to invest in Silicon and the QUALCOMM is heavily relying on the fashion brands and OEMs to sell their watches.

This is a massive interdependence circle and all of these parts have been especially successful in their particular jobs. The sale history of Wear OS watches hasn’t been extremely good throughout and it has only dented the hindered investment and innovation. 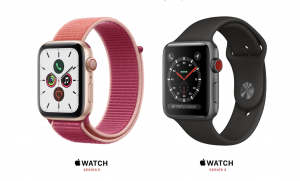 The Wear OS could prove to be an easy target

In a possible scenario, if the Apple watch expands its support to Android then what is going to happen? In the most possible conditions, it could well be the end of Wear OS. The users of Apple Watch genuinely like their product but the users of Wear OS are just using it because they are compatible with their phones.

It is almost certain that Apple won’t be doing ‘just-crush’ the oppositions theory and eventually they’re going to reach an overload point among their iPhone users. Also, the Apple would need to enhance their target market if they want to continue growing.

However, the best possible way out for Apple in this scenario can be the use of rudimentary Android support to the Apple Watch series. It can be crippled on Android given the close-knit services of Apple. It can become a notable hit for the Wear OS users as well and Apple would still gain a lot from it.

There’s a huge possibility of Apple single-handedly taking out the Wear OS by flipping a watch. The new always-on display is the fashion of the year and Apple could simply wipe out Wear OS off the road by adding Android support to the Watch series.