Are you looking to try out VR? Well, there are many aspects to this technology. First of all, the price of investing in a full-fledged PC-based system will surely discourage you. On the other hand, some less expensive standalone headsets are coming with an amazing graphical capability and it will make you rethink before investing in VR.
There is no doubt about the fact that the VR experience is quite breathtaking. However, its high-price range won’t allow everyone to enjoy this magnificent technology.

Therefore, Sony’s PlayStation VR is an exceptional option to have. It creates one of the best ways to get into the VR world without having to buy the complete kit. It is basically an add-on for your PlayStation 4 and is supported by PlayStation 5 as well with the help of a free adapter.

The story doesn’t end here, the question is, what are you going to play once the setup is done and you have picked the PSVR? This is exactly why we’re here. Having played PSVR games for quite some time, we have a clear idea and a mass collection of games that are certainly going to impress you. Let’s take you through the list of some of the finest PSVR games that can be played in full rhythm with maximum enjoyment in 2022. 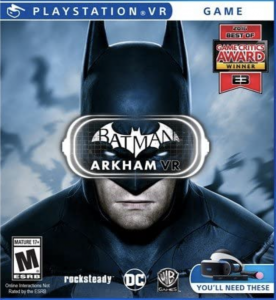 The Batman: Arkham VR is certainly one of the best VR games for PlayStation at the moment. It is basically made of several mini-games that make up the chapters in a puzzle adventure. If you really want to feel like a Batman, try the VR version of this magnificent game.

The game starts with Bruce Wayne descended into the Batcave to wear the complete Batman outfit such as cowl, gloves, etc. You will roam around in the city of Gotham and interact with a few classic villains along the way. The whole feeling of getting into the shoes of Batman is something very fascinating for us. Overall, we’d definitely recommend you to take a look at this amazing PSVR game and enjoy the ultimate action thoroughly. 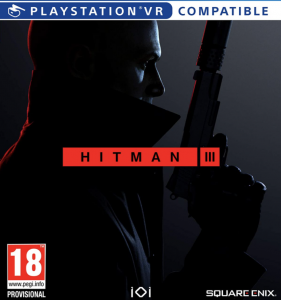 Agent 47 is one of the most favorite characters of all the gamers that have been following it since its early days. This particular game has made huge strides and is still among the most favorite games of many. With Hitman 3, IO Interactive has made a great addition in the form of Hitman VR for PlayStation 4. It allows you to play through missions from any of the three Hitman games you own in VR.

It is amazing fun and the role of Agent 47 will definitely give you goosebumps. Another great advantage is that it comes with a free bonus with the full game if you have a PSVR headset. In short, it will test your assassin skills to the fullest.

Do not be surprised to see a game like Tetris in the list of VR games. It is because; the most recent release for the block puzzler was a mega surprise success for immersive gameplay. This edition will give you a Tetris experience like never before.

It has a brilliant soundtrack and gives you a trippy experience of another type of world. It is one of the best ways to play one of the most unique games of recent years. The Tetris Effect in VR will give you the ultimate experience that you haven’t fantasized about before. 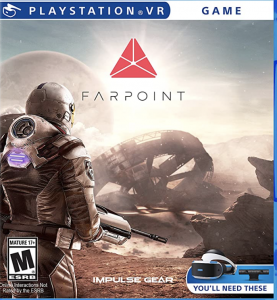 Farpoint has given us one of the best VR experiences ever. When paired with PS VR Aim Controller, it gives you a completely immersive first-person shooter aim and the gun peripheral makes all the difference as well. It is extremely comfortable to use compared to a smaller move controller trigger. Besides shooting, the game is also about exploration as you’d roam around in a vast beautiful land and aim your gun at spiders that spit acid.

The story revolves around the main character that gets lost in an unknown alien world and then fights his way through that. Imagine yourself in this position and think about the VR experience. We’re sure that it has already got you excited. 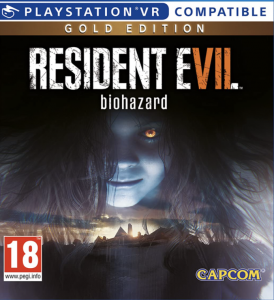 We believe that there are some people sitting in the corner and waiting for a horror game to be discussed in this list. Don’t worry, we’ve got you covered. We present the Resident Evil 7 that becomes extremely scary in the VR mode. There are people that have been reluctant to give it a go. The game starts with the main character stuck in a scary house that has dead crows in the microwave and all kinds of creepy stuff.

You need to get out of there with multiple ways available to do so. It gives you an immersive horror experience and we truly believe that you won’t find it anywhere else. Resident Evil series is more than popular across the world and people were crazily waiting for the launch of the Resident Evil 7 Biohazard VR. It’s one of the best VR games in our humble opinion.

These were some of our favorite VR games to try in 2022. Basically, VR games are quite expensive and the overall setup needs a bit of money to kick off. Most people cannot afford to install the whole VR setup which is why we largely advocate for the PlayStation VR games to buy. All of the above-mentioned games are quite popular in their respective ways and are played across the world.

Personally, we’ve been playing games like Hitman for quite some time and we truly believe that such popular games need to introduce the VR system in order to get more engagement from their clients. Completing missions as an Agent 47 will surely fascinate the user and we truly hope for that too.

These are five of our top best Sony PlayStation VR games to buy in 2022 and write them down in the comments below if you want us to include more games in this list. We shall see you soon in our next analytical piece. Until then, goodbye and good luck with whatever you choose.

Best PS5 Accessories to Buy in 2022 – Improve Your Gaming Experience

Best Nintendo Switch Headsets to Buy in 2022 – Wired and Wireless