Samsung is a huge name in the tech industry and they have announced the release of two new devices. The Galaxy S and Galaxy Note family is getting two new arrivals as the company is looking to reach a wide range of customers with products that provide value for money and are better than the original ones.

What is the difference between the two new Samsung Galaxy handsets apart from the S Pen on the Note 10 Lite? 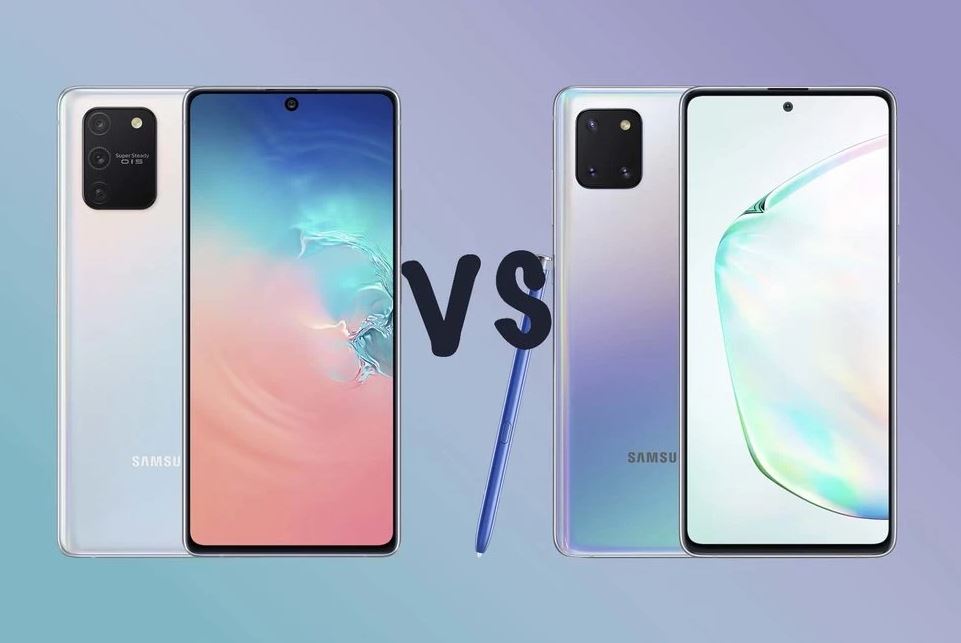 Similar features in both devices:

We have mentioned similar things and now let us take a look at the things that are not similar in both the devices. The Note 10 seems to be a little heavier in mass but the cameras of both the devices are pushed into a black unit in the corner and the overall measurements are quite identical.

If we talk about the selfie camera then it is 32-megapixels in both the devices along with similar storage and a 4500mAh battery. Also, the two devices are coming with a 6.7-inch Infinity-O display that is 2400×1080 pixels. They’ll both go out on Android 10 from the same Samsung One UI.

Different features in both devices:

If we talk about the difference then the main difference between the two phones is their physical design.

The Galaxy Note 10 Lite is not that small in 198 g, it’s bigger than the S10 Lite, and that’s all it takes to fit the S Pen. Both of these devices are coming in almost the same display and the S10 Lite is packaged a little tighter along with thinner bezels.

Now let’s talk about the favorite part of the customers i.e. the colors. The S10 Lite will be available in Prism White, Prism Black and Prism Blue. On the other hand, the Note 10 Lite is going to be available in Aura Glow, Aura Black and Aura Red. You can say that the Note 10 is coming in more different, exciting and pleasant looking colors.

Although, the customers are going to get the same resolutions the displays are appearing differently in Samsung’s details. We need to understand the main difference between AMOLED and AMOLED Plus. According to Samsung, the Super AMOLED Plus brings an ergonomic design with a flexible OLED. However, it seems that both of these displays are flatter than the Galaxy S10 or Galaxy Note 10 models. The curves are also minimal across the edges. ⠀

The good news is that the Galaxy Note 10 Lite is compatible with the S Pen. So, the display will definitely detect and react to Samsung’s stylus as well bringing in more versatility in the device.

Also, we have been informed that the Super AMOLED Plus of the Galaxy S10 Lite also supports the HDR10+. However, you won’t find the same functions in Note 10 Lite. So, it is safe to say that the S10 Lite will have a much better display performance.

Some interesting details have also been revealed as Samsung has made the announcement of the Note 10 Lite being powered by the Exynos 9810 whilst the S10 Lite will run on the Qualcomm Snapdragon 855 platform just like the Galaxy 90 5G. However, the S10 Lite is not a 5G phone.

If we look at the previous handsets of Samsung then it is not a new thing to have different hardware in different regions. Samsung has been doing it for quite some time with its new arrivals. We can see the difference in RAM to support this. According to our information, the United Kingdom (UK) has got the 8GB version and the Note 10 Lite is being listed as a 6GB RAM phone.

We can say that the camera arrangement in the Note 10 Lite is somehow similar to the original Note devices. The 12-megapixel main camera and a 12-megapixel zoom camera is present in this device.

The cameras on both devices are somewhat disturbing because they head in completely different directions. On both devices, the only camera that is the same is the ultra-wide 12 megapixel f/2.2.

The Galaxy S10 Lite is fitted with a 48-megapixel main camera, which is identical again to the Galaxy A90. Super Steady OIS supports this for shake elimination. You are also surprised to see that there is a 5-megapixel macro lens also available, which is something that the Note 10 Lite hasn’t got at all.

Presumably, the lack of a special zoom on the S10 Lite is rounded to the higher resolution capable of using digital zoom and keeping things clear with the OIS.

Both of these phones are good in their own limitations and features but the set of cameras is very different on both of these devices. However, we can say that the S10 Lite is more of an advanced phone with advanced setup.

Obviously, without considering the S Pen, we cannot speak about these two items. The S Pen defines the Samsung Note Series and in this case, you will have the Bluetooth low power S Pen which allows you to control your device remotely.

We can talk about the little details and features all day long and also this device is going to be a great experience for all of those who are looking to input text with a wider Air Command support. Innovative screen capture and interactions are also going to amaze you. Of course, there are no such features on the Galaxy S10 Lite. 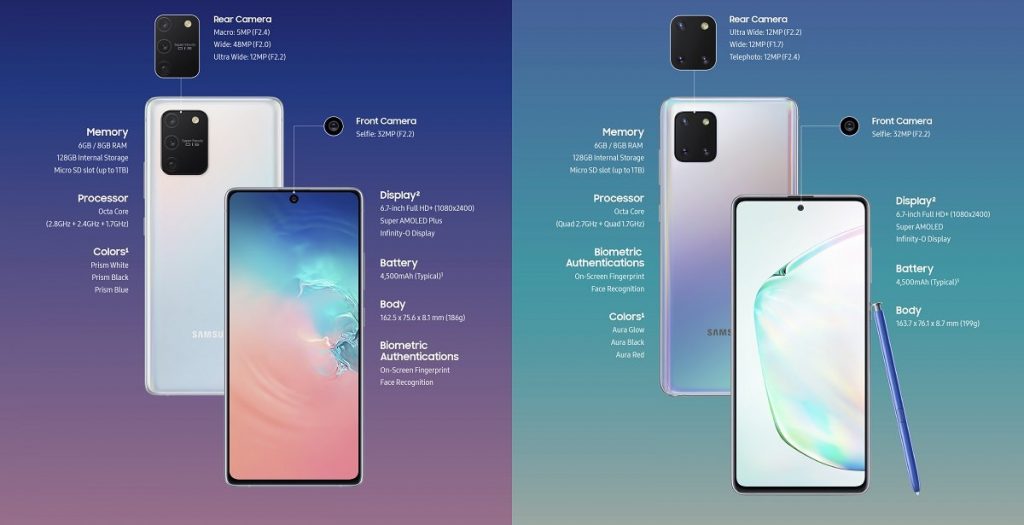 In fact, these phones are entirely different when you look at the details. Different core hardware, different camera layout and a different experience altogether. The term Lite in the name is the only element that is the same.

When you first come across these phones, you might find the Samsung Galaxy S10 Lite a bit better. We also believe that the display is going to be better and it will have more power on offer.

The camera can also provide the edge to this phone, but we must test it to get a better understanding of what is available. Compared to the Galaxy S10e, the Galaxy S10 Lite certainly looks a lot more favorable to get. Also, the price of £579 is lower than the S10e’s price.

The prize value of Galaxy Note 10 Lite is going to fall to a great deal and it’s just £529 at the moment.

The Galaxy Note 10 is expensive and this is essentially a better price for you to perform these S pen functions. At the end, if you’re confused between buying one of these phones then we’d suggest you to go with the Galaxy S10 Lite only if you don’t need an S Pen.